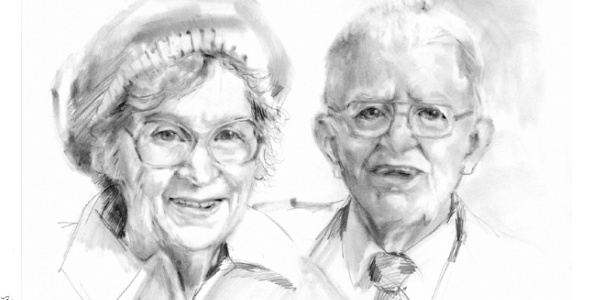 Carl and Avis Ramsey surprised Ashland University with a bequest. The Seminary received funds utilized in the construction of the Sandberg Leadership Center, and the remainder was designated toward an endowed scholarship program for students attending Ashland University from Richland County. Although Carl, a farmer and Ashland friend in nearby Butler, OH never attended Ashland, two of his brothers were alums, as well as three sisters-in-law and several other family members. Avis (Archibald), one of eight preacher's kids, became a teacher after leaving Ashland and dedicated her life to students and their church.