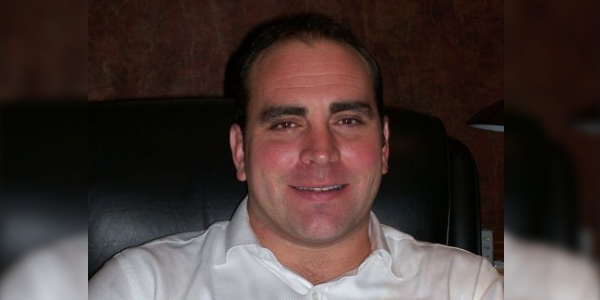 Ben Ferguson, President, Bendon Publishing International, among the fastest growing publishers of children's books and an industry leader in terms of volume, licenses and retail locations, has made an important investment in the future of Ashland University's athletic programs. Ben, a 1995 graduate of Hillsdale High School, "graced with a touch of being an Ashland Eagle" (two courses, father, Tom, a long time A.U. employee, alums - father and mother-in-law, Richard and Patricia Weil), successful entrepreneur involved in five profitable businesses, and community advocate, was of course approached with the opportunity to join the Bringing Spirit to Campus campaign for athletic complex. Ben's problem, he reflected, was how could he possibly make a significant commitment he was asked to consider, not negatively affect other charitable interests and continue to fund expansion of his business interests? These were key choices including whether-or-not to hire 25 additional employees for 2 smaller expanding businesses in Ashland County. The solution was a very sizeable insurance gift that was able to meet each objective! It seemed like the sensible thing to do, since additional jobs generate the ability to make more opportunity for profit, and in turn more jobs which produce more significant charitable gifts each year. Because A.U. saw the wisdom in this, Ben anticipates many more opportunities to get involved at Ashland University in the future.